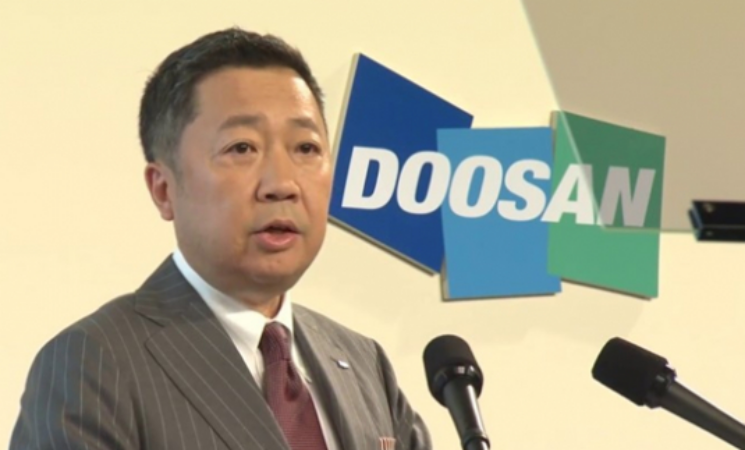 Doosan Group has decided to invest 1 trillion won in the semiconductor testing sector over the next five years.

Doosan Group chairman Park Jung-won visited a Doosan Tesna plant in Seoan-seong, Gyeonggi Province on June 14. At the plant, Park discussed the status of the business and mid- to long-term strategies with key executives, including Lee Jong-do, president of Doosan Tesna.

“Semiconductor testing is Doosan’s new growth driver,” Park said. “It will lead Doosan's future growth along with energy and machinery. I will spare no efforts to grow Doosan Tesna into the best partner for Korean system semiconductor companies and one of the global top five in the semiconductor test sector within the next five years.”

Doosan Group took over Doosan Tesna, the nation’s No. 1 semiconductor testing company, for 460 billion won in April. It decided to invest 124 billion won in test equipment procurement in May and is building a new plant for completion by the end of 2024. It intends to maintain a compound annual growth rate (CAGR) of 20 percent.

Meanwhile, Doosan Tesna specializes in testing of system semiconductor products such as smartphone application processors (AP), camera image sensors (CISs) and radio frequency (RF) chips for wireless communications. Its clients include SK Hynix. It has the largest market share in the domestic wafer test sector with sales and operating profit standing at 207.6 billion won and 54 billion won, respectively in 2021.