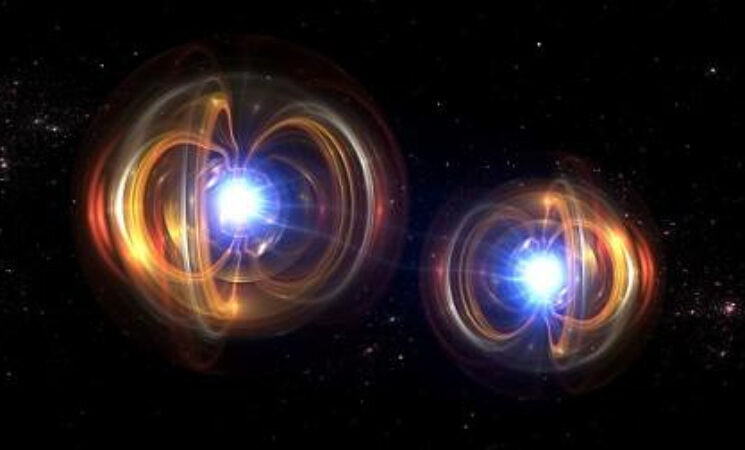 Electrons are ubiquitous among atoms, subatomic tokens of energy that can independently change how a system behaves—but they also can change each other. An international research collaboration found that collectively measuring electrons revealed unique and unanticipated findings. The researchers published their results on May 17 in Physical Review Letters.

“It is not feasible to obtain the solution just by tracing the behavior of each individual electron,” said paper author Myung Joon Han, professor of physics at KAIST. “Instead, one should describe or track all the entangled electrons at once. This requires a clever way of treating this entanglement.”

Professor Han and the researchers used a recently developed “many-particle” theory to account for the entangled nature of electrons in solids, which approximates how electrons locally interact with one another to predict their global activity.

Through this approach, the researchers examined systems with two orbitals — the space in which electrons can inhabit. They found that the electrons locked into parallel arrangements within atom sites in solids. This phenomenon, known as Hund’s coupling, results in a Hund’s metal. This metallic phase, which can give rise to such properties as superconductivity, was thought only to exist in three-orbital systems.

“Our finding overturns a conventional viewpoint that at least three orbitals are needed for Hund’s metallicity to emerge,” Professor Han said, noting that two-orbital systems have not been a focus of attention for many physicists. “In addition to this finding of a Hund’s metal, we identified various metallic regimes that can naturally occur in generic, correlated electron materials.”

The researchers found four different correlated metals. One stems from the proximity to a Mott insulator, a state of a solid material that should be conductive but actually prevents conduction due to how the electrons interact. The other three metals form as electrons align their magnetic moments — or phases of producing a magnetic field — at various distances from the Mott insulator. Beyond identifying the metal phases, the researchers also suggested classification criteria to define each metal phase in other systems.

“This research will help scientists better characterize and understand the deeper nature of so-called ‘strongly correlated materials,’ in which the standard theory of solids breaks down due to the presence of strong Coulomb interactions between electrons,” Professor Han said, referring to the force with which the electrons attract or repel each other. These interactions are not typically present in solid materials but appear in materials with metallic phases.

The revelation of metals in two-orbital systems and the ability to determine whole system electron behavior could lead to even more discoveries, according to Professor Han.

“This will ultimately enable us to manipulate and control a variety of electron correlation phenomena,” Professor Han said.