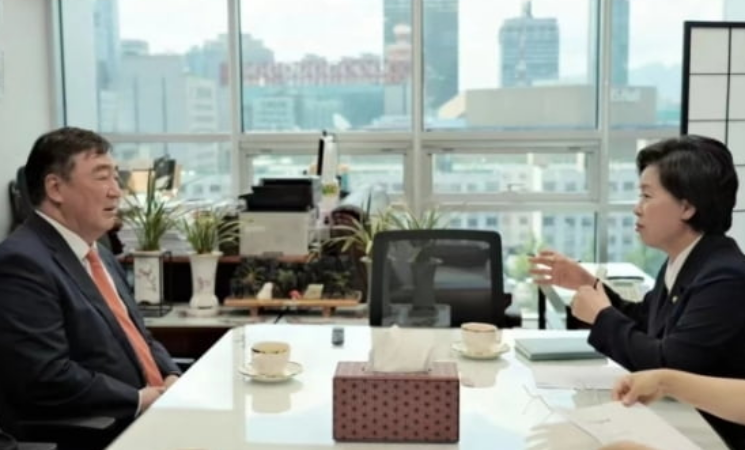 “China adheres to fair market principles, including the principle that China-South Korea collaborations in various industries such as semiconductor must be free from external interference,” he said at the meeting, implying China’s opposition to South Korea’s position in the U.S.-led alliance in the semiconductor industry in a roundabout way.

The South Korean government is supposed to decide whether to join the alliance by the end of next month. The United States is trying to isolate China in the global semiconductor industry by working with Japan, Taiwan and South Korea.

China is resisting the attempt by putting pressure on South Korea. “The United States is abusing its power to weaponize science and technology and trade and economy,” said Foreign Ministry Spokesperson Zhao Lijian. The Global Times of the Communist Party mentioned on July 21 that South Korea’s participation in the alliance would be something like a commercial suicide.