Attachable Skin Monitors that Wick the Sweat Away​ 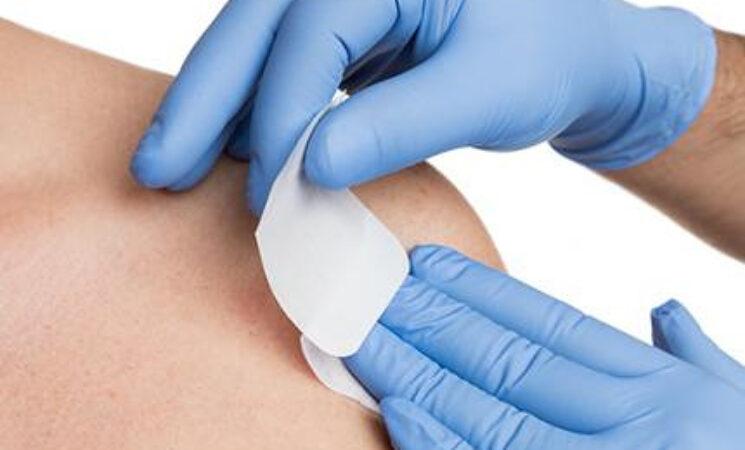 A new preparation technique fabricates thin, silicone-based patches that rapidly wick water away from the skin. The technique could reduce the redness and itching caused by wearable biosensors that trap sweat beneath them. The technique was developed by bioengineer and professor Young-Ho Cho and his colleagues at KAIST and reported in the journal Scientific Reports last month.

“Wearable bioelectronics are becoming more attractive for the day-to-day monitoring of biological compounds found in sweat, like hormones or glucose, as well as body temperature, heart rate, and energy expenditure,” Professor Cho explained. “But currently available materials can cause skin irritation, so scientists are looking for ways to improve them,” he added.

Attachable biosensors often use a silicone-based compound called polydimethylsiloxane (PDMS), as it has a relatively high water vapour transmission rate compared to other materials. Still, this rate is only two-thirds that of skin’s water evaporation rate, meaning sweat still gets trapped underneath it.

Current fabrication approaches mix PDMS with beads or solutes, such as sugars or salts, and then remove them to leave pores in their place. Another technique uses gas to form pores in the material. Each technique has its disadvantages, from being expensive and complex to leaving pores of different sizes.

A team of researchers led by Professor Cho from the KAIST Department of Bio and Brain Engineering was able to form small, uniform pores by crystallizing citric acid in PDMS and then removing the crystals using ethanol. The approach is significantly cheaper than using beads, and leads to 93.2% smaller and 425% more uniformly-sized pores compared to using sugar. Importantly, the membrane transmits water vapour 2.2 times faster than human skin.

The team tested their membrane on human skin for seven days and found that it caused only minor redness and no itching, whereas a non-porous PDMS membrane did.

Professor Cho said, “Our method could be used to fabricate porous PDMS membranes for skin-attachable devices used for daily monitoring of physiological signals.”

“We next plan to modify our membrane so it can be more readily attached to and removed from skin,” he added.

This work was supported by the Ministry of Trade, Industry and Energy (MOTIE) of Korea under the Alchemist Project.