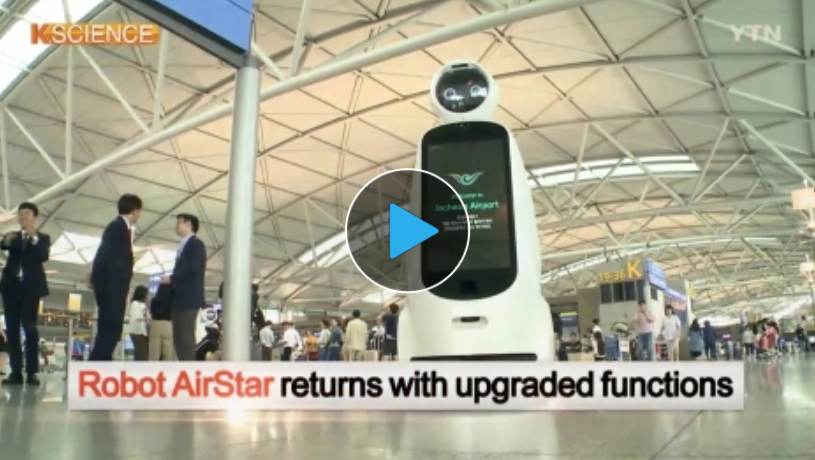 "Are you following me?"

With a round head and a pair of cute eyes, this guide robot features a touch screen on its chest.

Compared to the first-generation AirStar which guided South Korean President Moon Jae-In at the airport last year, the new edition has been equipped with much more advanced technologies and functions.

The Incheon International Airport said it has deployed a total of 14 AirStars at the lobbies of the airport since July 21st. The new passenger aiding robot is equipped with self-driving, voice recognition and artificial intelligence technologies.

Travelers can obtain useful information about the airport by striking up a conversation with AirStar.

Passengers can also tell AirStar their detailed flight schedules and then the robot is to respond by informing them of their check-in counters. If the passenger is game, the robot guides them to their destinations.

They also have functions allowing travelers to take photos to be transmitted not only to their email accounts but to phone devices as text messages.