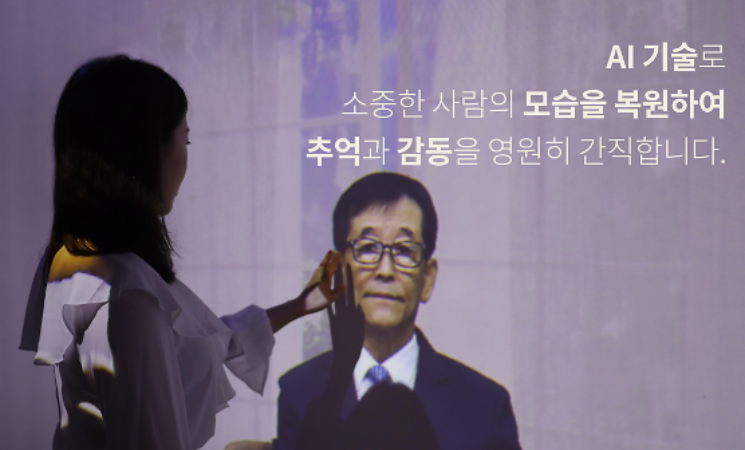 To actualize a reunion between sorrow-stricken children and deceased parents, Deepbrain AI, an artificial intelligence startup in South Korea partnered with Preedlife, a domestic funeral service provider. AI parents, recreated through three hours of filming and interviews while they were alive, will be capable of communicating with family members in real-time.

Using deep learning and video synthesis, Deepbrain creates AI humans by capturing video of a human model and trains a machine learning system that generates an avatar with synchronized lip, mouth and head movements. Children can meet their parents anytime after they pass away.

"This will be an opportunity to popularize AI memorial services and expand a new funeral culture," Deepbrain CEO Eric Jang said in a statement on August 19. The AI service titled "Rememory" will be provided along with funeral items provided by Preedlife.

In a special program launched by the production team of MBC, a major TV network, in 2020, a mother met with her daughter, who died of a rare incurable disease at the age of seven. Using virtual reality technology, the reunion took place in a park with memories of a mother and her daughter. The motion of a child model was recorded as motion capture and implemented on the monitor to reproduce the scene at a VR studio.