A Mechanism Underlying Most Common Cause of Epileptic Seizures Revealed​ 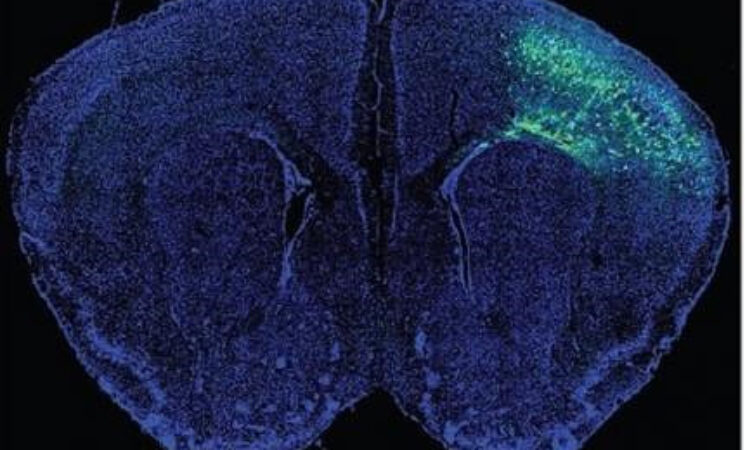 During fetal development, cells should migrate to the outer edge of the brain to form critical connections for information transfer and regulation in the body. When even a few cells fail to move to the correct location, the neurons become disorganized and this results in focal cortical dysplasia. This condition is the most common cause of seizures that cannot be controlled with medication in children and the second most common cause in adults.

Now, an interdisciplinary team studying neurogenetics, neural networks, and neurophysiology at KAIST has revealed how dysfunctions in even a small percentage of cells can cause disorder across the entire brain. They published their results on June 28 in Annals of Neurology.

The work builds on a previous finding, also by a KAIST scientists, who found that focal cortical dysplasia was caused by mutations in the cells involved in mTOR, a pathway that regulates signaling between neurons in the brain.

“Only 1 to 2% of neurons carrying mutations in the mTOR signaling pathway that regulates cell signaling in the brain have been found to include seizures in animal models of focal cortical dysplasia,” said Professor Jong-Woo Sohn from the Department of Biological Sciences. “The main challenge of this study was to explain how nearby non-mutated neurons are hyperexcitable.”

Initially, the researchers hypothesized that the mutated cells affected the number of excitatory and inhibitory synapses in all neurons, mutated or not. These neural gates can trigger or halt activity, respectively, in other neurons. Seizures are a result of extreme activity, called hyperexcitability. If the mutated cells upend the balance and result in more excitatory cells, the researchers thought, it made sense that the cells would be more susceptible to hyperexcitability and, as a result, seizures.

“Contrary to our expectations, the synaptic input balance was not changed in either the mutated or non-mutated neurons,” said Professor Jeong Ho Lee from the Graduate School of Medical Science and Engineering. “We turned our attention to a protein overproduced by mutated neurons.”

The protein is adenosine kinase, which lowers the concentration of adenosine. This naturally occurring compound is an anticonvulsant and works to relax vessels. In mice engineered to have focal cortical dysplasia, the researchers injected adenosine to replace the levels lowered by the protein. It worked and the neurons became less excitable.

“We demonstrated that augmentation of adenosine signaling could attenuate the excitability of non-mutated neurons,” said Professor Se-Bum Paik from the Department of Bio and Brain Engineering.

The effect on the non-mutated neurons was the surprising part, according to Paik. “The seizure-triggering hyperexcitability originated not in the mutation-carrying neurons, but instead in the nearby non-mutated neurons,” he said.

“While we need further investigate into the relationship between the concentration of adenosine and the increased excitation of nearby neurons, our results support the medical use of drugs to activate adenosine signaling as a possible treatment pathway for focal cortical dysplasia,” Professor Lee said.

The Suh Kyungbae Foundation, the Korea Health Technology Research and Development Project, the Ministry of Health & Welfare, and the National Research Foundation in Korea funded this work.