A Hole in One for Holographic Display 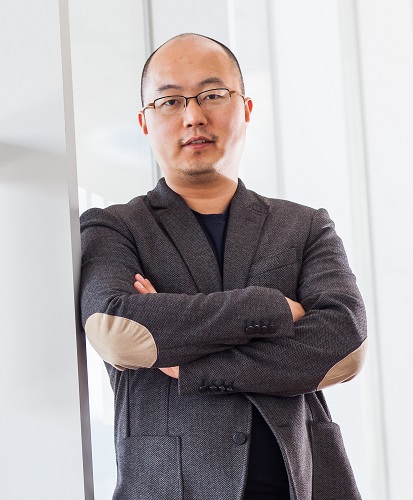 Researchers have designed an ultrathin display that can project dynamic, multi-coloured, 3D holographic images, according to a study published in Nature Communications.

The system’s critical component is a thin film of titanium filled with tiny holes that precisely correspond with each pixel in a liquid crystal display (LCD) panel. This film acts as a ‘photon sieve’ – each pinhole diffracts light emerging from them widely, resulting in a high-definition 3D image observable from a wide angle.

The entire system is very small: they used a 1.8-inch off-the-shelf LCD panel with a resolution of 1024 x 768. The titanium film, attached to the back of the panel, is a mere 300 nanometres thick.

“Our approach suggests that holographic displays could be projected from thin devices, like a cell phone,” says Professor YongKeun Park, a physicist at KAIST who led the research. The team demonstrated their approach by producing a hologram of a moving, tri-coloured cube.

Specifically, the images are made by pointing differently coloured laser beams made of parallel light rays at the small LCD panel. The photon sieve has a hole for each pixel in the LCD panel. The holes are precisely positioned to correspond to the pixel’s active area. The pinholes diffract the light emerging from them, producing 3D images.

Previous studies from Professor Park’s group have used optical diffusors for the same purpose, but the size of the device was bulky and difficult to be operated, and it took a long period of time to calibrate. In the present work, on the other hand, the group tailored their photon sieve to demonstrate a simple, compact and scalable method for 3D holographic display. This technique can be readily applied to existing LCD displays.

Applications for holograms have been limited by cumbersome techniques, high computation requirements, and poor image quality. Improving current techniques could lead to a wide variety of applications, including 3D cinema viewing without the need for glasses, watching holographic videos on television and smart phone screens.

Figure 1. The actual 3D holographic display, and an electron microscope image of the non-periodic pinholes.